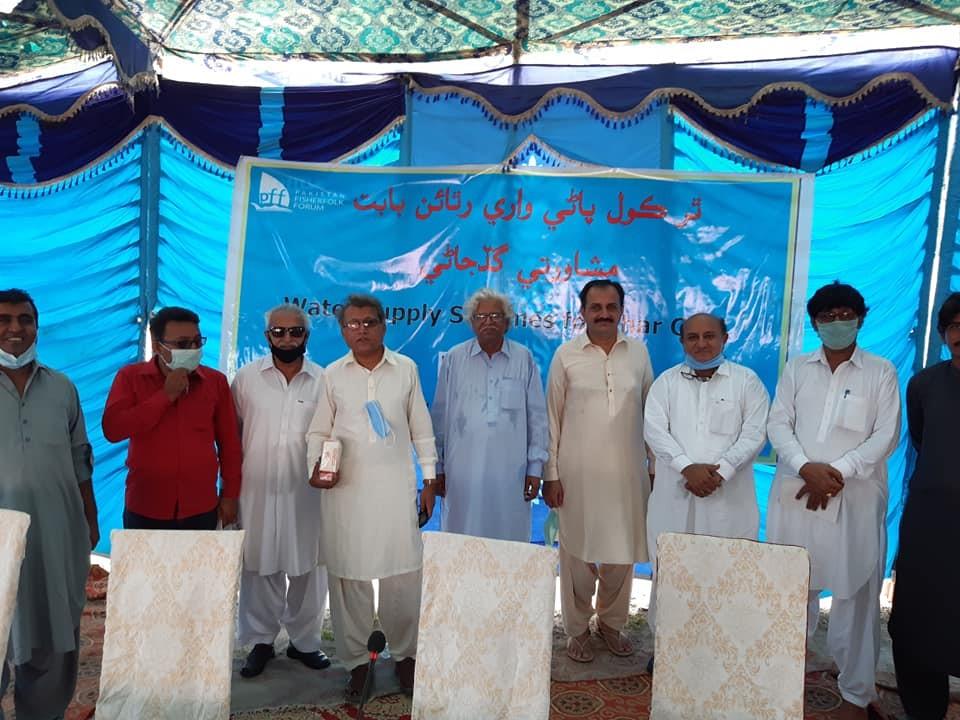 The chairman said that the people living in Thar area are deprived from fresh water at their door steps. He added that Makhi Farash canal water would create the havoc situation in District Umerkot and 200 to 300 cusecs of water will be taken from the main Nara canal which reduces the capacity of other tail end minors/ distributaries and small and marginalized farmers will face and bear this terrible situation،

He said that Thar coal authorities had told the protesting communities that Gorano dam water will be used for fish farming, vegetables and grazing lands but it was so saline that it would be harmful for people as well as animals.

Mr Ali Akbar Rahimoon CEO Aware Thar briefed that without stakeholders’ consultation the Environment and Social Impact Assessment of Thar coal water was carried out by Sindh Environmental Protection Agency. He added that this the EIA would further create the food insecurity in thar.

Mr Mir Hassan Arisar, a well-known activist and CSSP leader, said multinational companies have their own mind set and they only believe in their own business and there is need to develop street power and build a road map to save Thar and Thar ecology.

Mr GM Bhaghat highlighted the water history during One Unit and compared the current situation and said that already farmers of Makhi Farash canal are facing water scarcity due to tail end of Nara canal. He further said that the approval of 200 cusec of canal water from Makhi Farash to Nabisar Thar has not been taken from Irrigation Department.